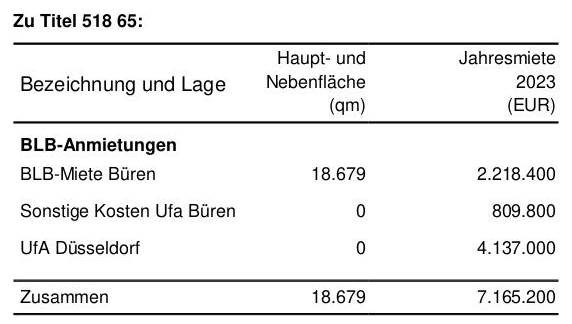 “We continue to try to bring transparency into the state government’s plans for the construction of a deportation prison in Düsseldorf,” Britta Rabe of the alliance Prevent deportation prison – in Düsseldorf and elsewhere expressed. “But since the black-green coalition came into power six months ago, there has been no information at all.” State government and deputies asked by the alliance are stonewalling. Also a request over the freedom of information platform FragDenStaat was rejected by the Ministry for flight and integration. Hence, lawyer Marcel Keienborg, specialised in migration law and member of the republican lawyer association (RAV e.V.), is taking the issue to court for the alliance.

The fact that no decision has yet been made by the state government can be doubted when looking at the draft budget of the state of NRW for the year 2023. This is because funds for the deportation prison in Düsseldorf, which was already planned by the previous government, are still included there and have been continued and even increased for the year 2023. More than EUR 5.4 million is budgeted there for the costs of a so-called ‘accommodation facility for people who are obliged to leave the country’, including more than EUR 4.1 million in rental costs alone. Only a blocking notice indicates that the funds are still being withheld, but meticulously calculated. The state parliament will vote on the 2023 state budget on December 20, 2022.

Britta Rabe: “It is inconceivable that this is happening in an area that is so fundamental in terms of human rights. North Rhine-Westphalia already has the largest deportation prison in Germany in Büren, with 175 places. The fact that the state government refuses a request under the Freedom of Information Act, while at the same time putting millions of euros into the budget, shows how urgent clarification is here. We demand transparency and will not allow the state government to continue to treat the construction of another deportation prison as a secret matter behind closed doors! We call on the members of the state parliament to refuse their consent to this project!”

The objective of the alliance remains very clear: Prevent deportation prisons – in Düsseldorf and everywhere!